Delta, a global leader in power and thermal management solutions, today announced it is providing its high-efficiency PV string inverters M70A series to the solar company Anumar, an engineering, procurement and construction (EPC) services provider, which is building the Solarpark Schornhof project, currently the largest ground-mounted solar park in Southern Germany. The M70A inverters’ compliance with the new VDE Technical Connection Rules for High-Voltage (VDE-AR-N 4120) was a crucial factor for Anumar’s decision to select Delta for this project. The project aims to cut CO2 emissions by up to 77,000 tonnes per year with an output of 120 MWp. To date, approximately one third of the circa 1,500 Delta M70A string PV inverters the project requires have been deployed at the solar park. 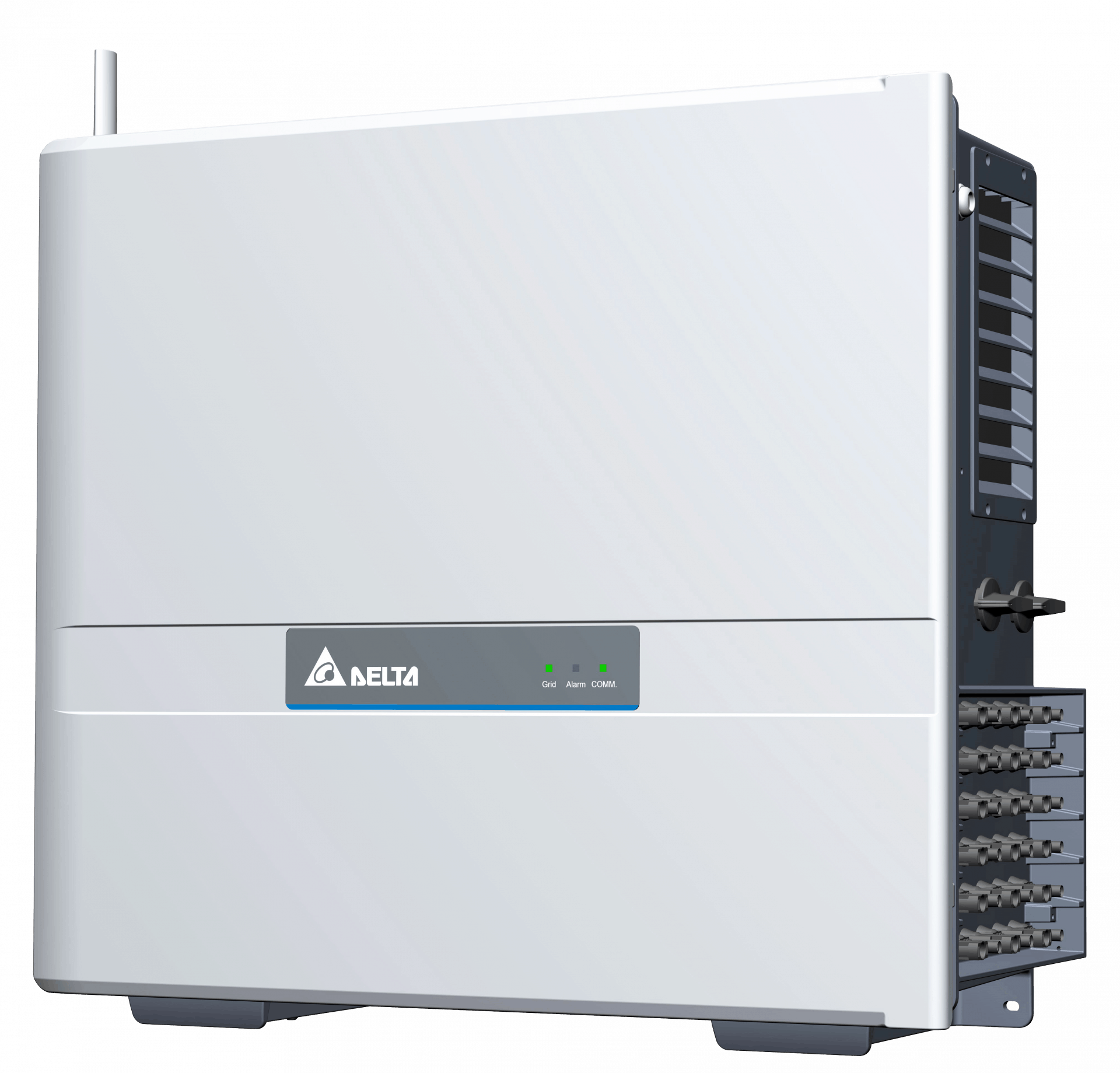 Commenting on the deployment, Markus Brosch, CEO of Anumar explained: “At such a large project like Solarpark Schornhof, it was particularly important for us to have a trusted partner who is able to respond rapidly to our needs. We have been installing equipment made by Delta for many years and already have several solar power projects under our belts in partnership with them. Throughout those projects, Delta has always provided us with fast and easy to access support.”

Andreas Hoischen, senior director of Photovoltaic Inverters Business Unit, Delta EMEA, added: “Thanks to its compact design combined with high power density, our M70A inverter is easy to transport and install, and is particularly well suited to use in large, ground–mounted, commercial solar power plants such as the one we have here in Schornhof.”

Anumar selected Delta’s M70A String Inverters because they met the requirement to comply with the new VDE Technical Connection Rules for High-Voltage (VDE-AR-N 4120), which is a basic prerequisite for connecting the plant to the high voltage grid. In total, Delta will provide approximately 1,500 inverters required to fulfil the site’s needs, and the first panels – producing 70 MW of power – have been recently attached to the grid. With peak output of 120 MWp, the solar plant is expected to generate 110 million kWh of electricity every year.

One of the challenges faced, was how best to create a solar park with as little ecological impact as possible. Only half of the 150-hectare site will be covered with solar modules. The remaining 70 hectares will be transformed into a ‘green haven’ to encourage biodiversity by the operator. This part of the project entails planting some 50,000 new shrubs and trees, with the existing perimeter woods being retained.

The energy conversion from the solar modules to the feed-in point in the high-voltage grid is carried out in three stages. In the first stage, the solar energy from up to 12 module strings – which corresponds to a maximum of 70 kW – is combined into one inverter, where it is converted to 400 VAC AC voltage. In the next stage, the energy from up to 30 inverters is then transferred to one of the 60 or more transformers that raise the voltage level to 20 kV. From the transformers, the energy is transferred to the substation built especially for the solar park. Finally, the voltage level is raised to 110 kV, so that the energy can be fed into the high-voltage transmission network that runs past the solar park. The electricity generated from Solarpark Schornhof is sufficient to power up to 30,000 households, which is equivalent to the entire Neuburg-Schrobenhausen rural district.

Anumar chose solutions from Delta because, for many years, the two companies have successfully completed several solar power projects together. During those projects, Delta has always impressed Anumar with its exceptional product knowledge and industry expertise, which has helped to build a long-standing, personal, and loyal partnership between the two companies.

The Solarpark Schornhof project, located in the Neuburg-Schrobenhausen district to the southwest of Ingolstadt, is scheduled for completion by the end of the first quarter of 2021. It is financed based on 90 MW power purchase agreements (PPA) and funding under the German Renewable Energy Sources Act (EEG).

Looking for a PV inverter supplier? Talk to a Delta expert

One Step Ahead to Energy Security: Build your Microgrid with Delta Smart Energy Solutions